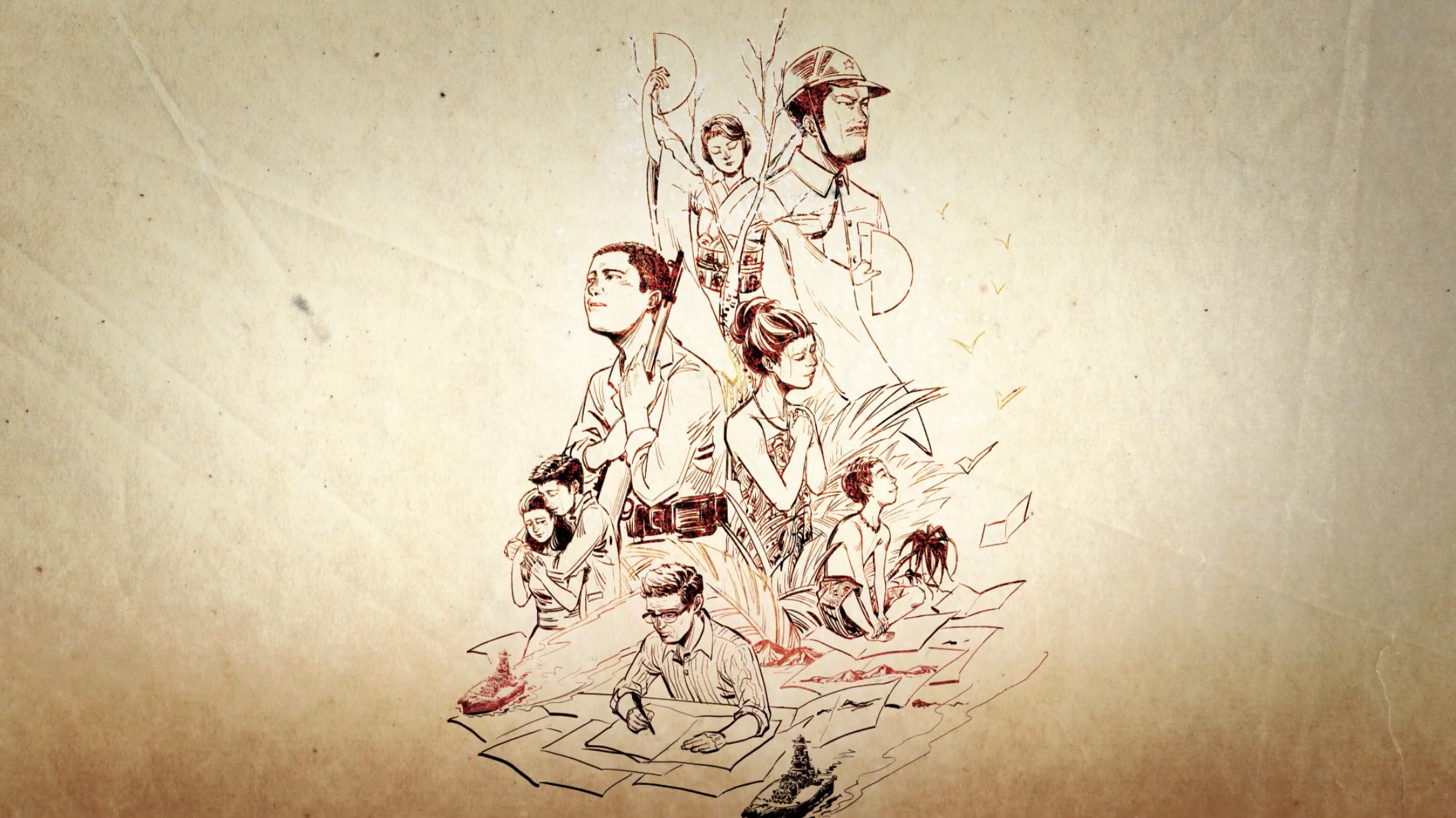 Adapted from National Award for Arts recipient Chen Qian-Wu (陳千武)’s autobiographical novel, Coming Back Alive (活著回來), Tropical Angels follows a difficult conversation between a surviving soldier of the Pacific War and his granddaughter in 1970 Taiwan. Emotions run high as his suppressed memories of 1940 on a southern pacific island, Timor play out before him.

Tropical Angels is a musical developed into Chinese and English versions concurrently with the intention to explore different possibilities to devise translated theatre. This English language premiere is presented by Taipei Cultural Center in New York in collaboration with Musical Theatre Factory and HowlRound TV with support from Ministry of Culture, R.O.C. (Taiwan).

Produced by Hui-Chun Chang. Co-curated by Yu Chien Liu and Chi-Ping Yen. The Mandarin production of Tropical Angels is a 2019 - 2020 Artist-in-Residence project of the National Taichung Theater, Taiwan, which will premiere in summer 2022. 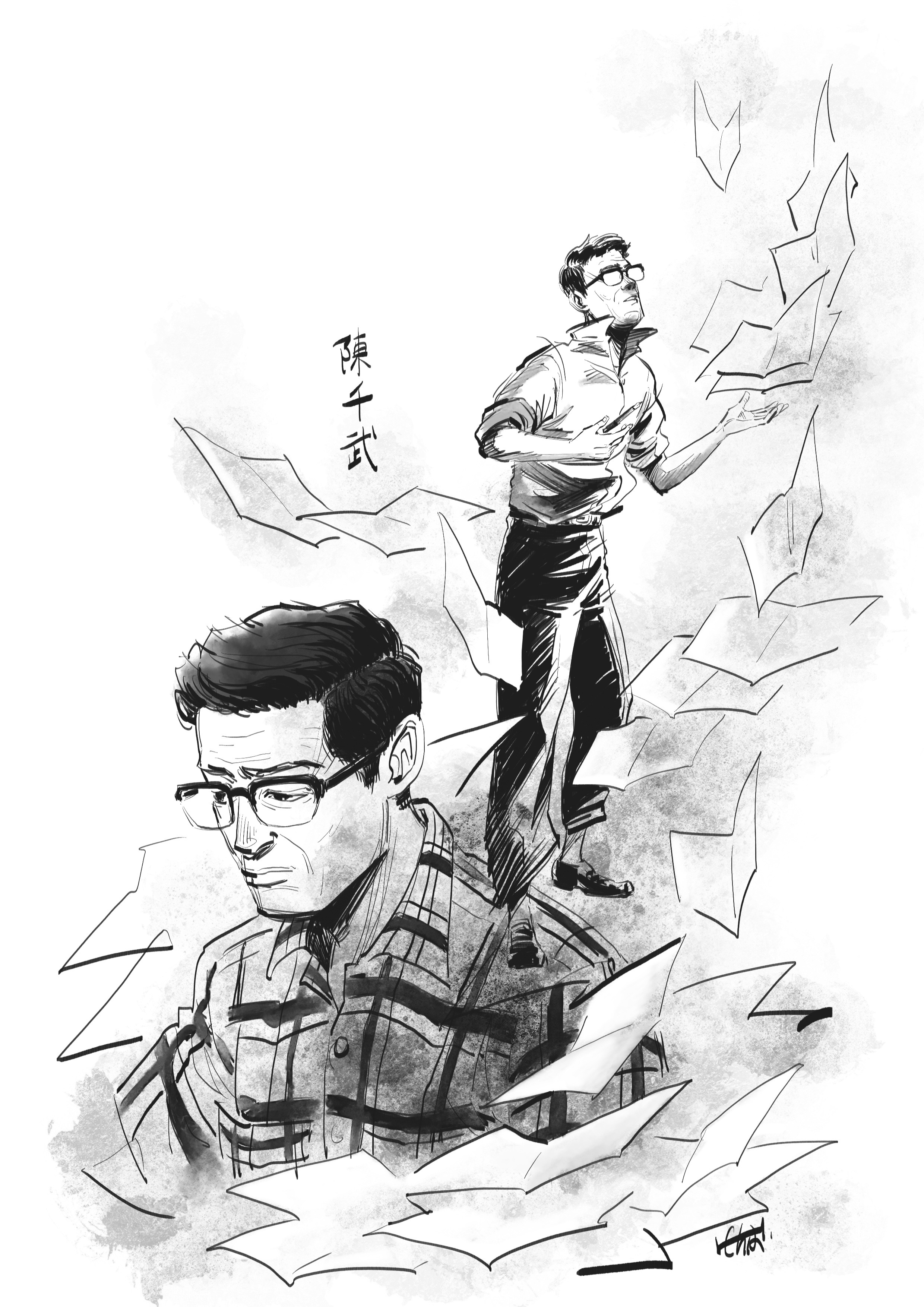 All songs are composed by Sheng Lei with lyrics written by Lin Meng-Huan, Sheng Lei, and MC JJ, translated by Emily Chiu.

This reading features the excerpt of Act I of Tropical Angels 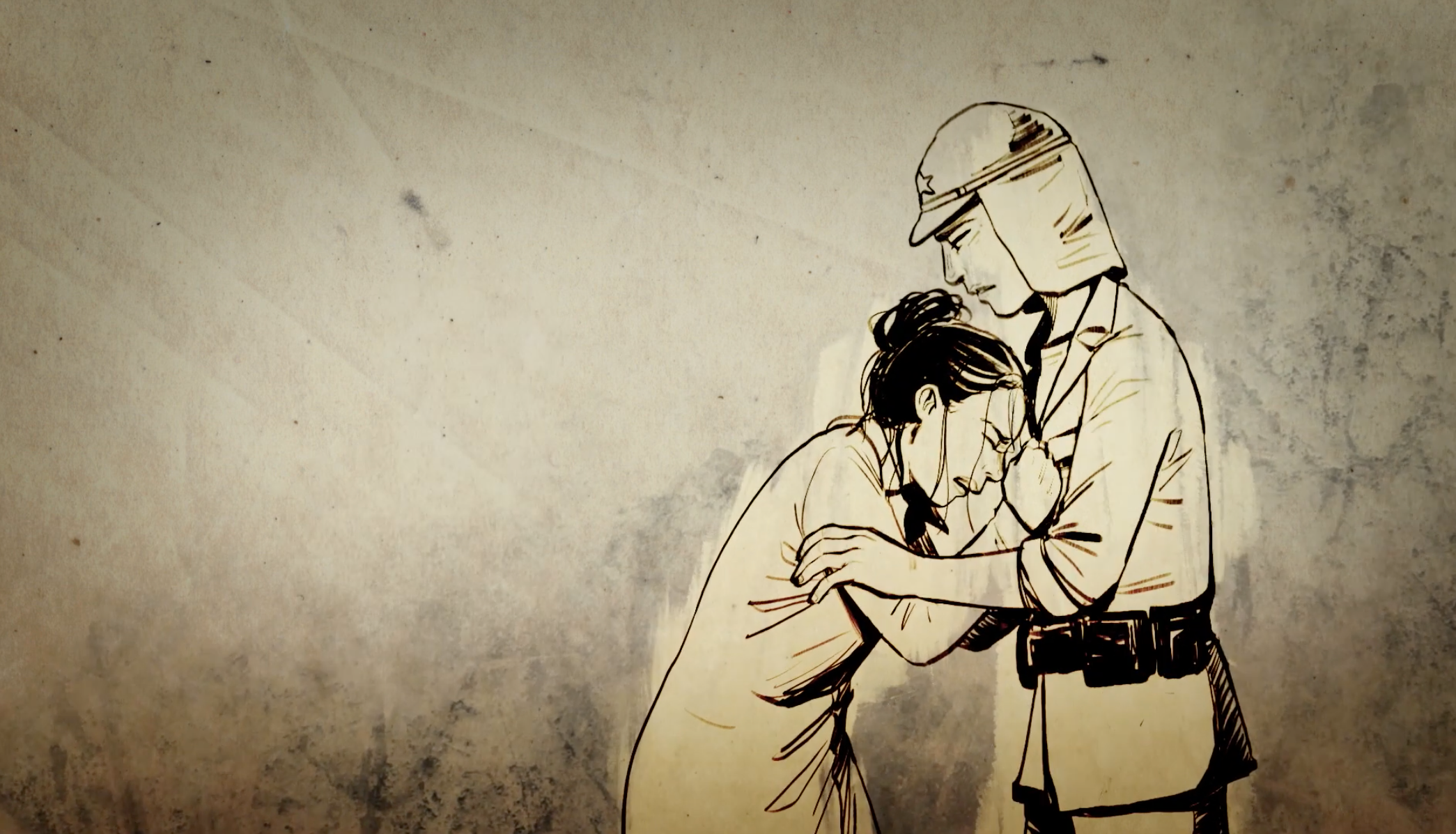 Music I Remember, composed by Sheng Lei and performed by Man Lee. 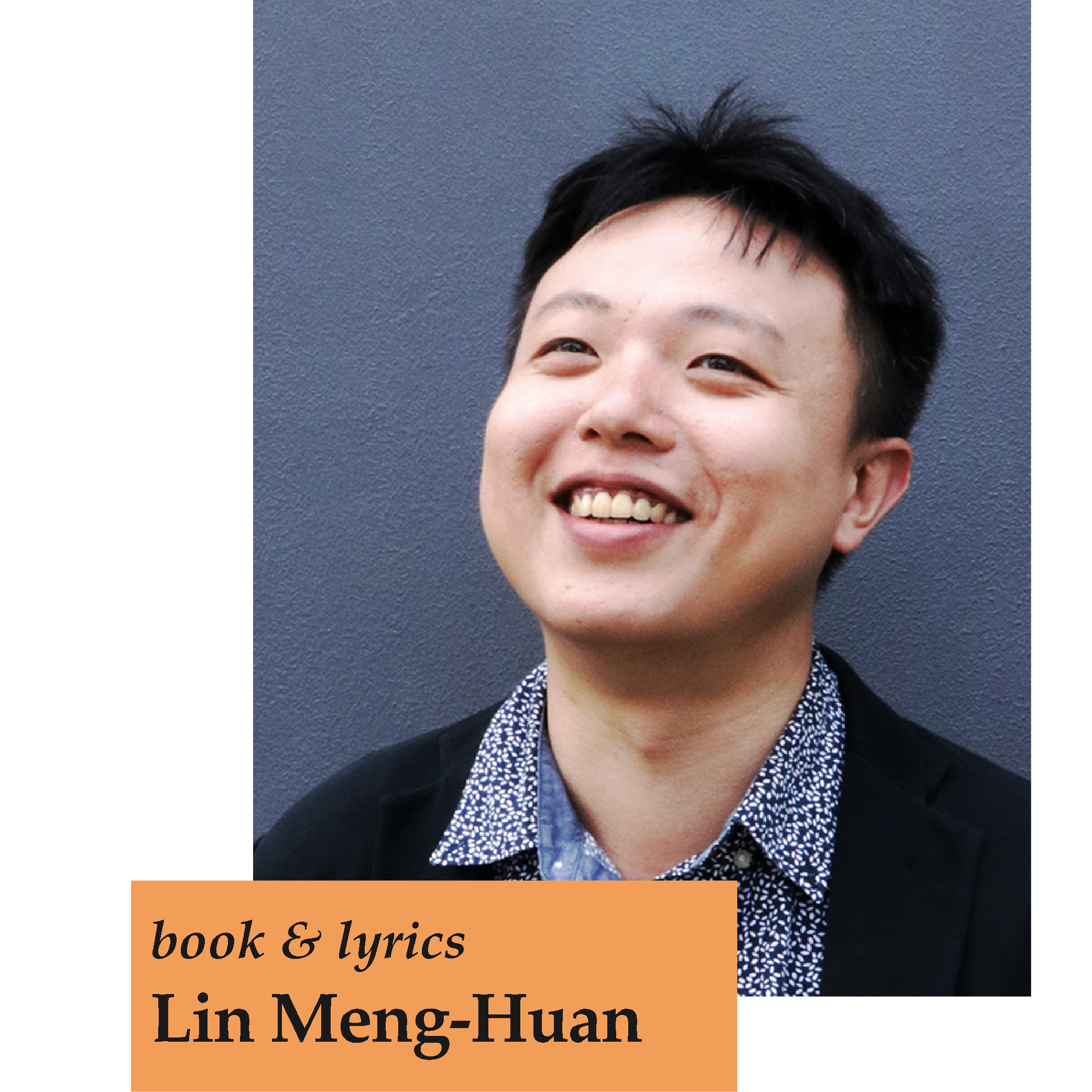 Lin Meng-Huan (林孟寰) a.k.a Dazi currently serves as Artist-in-Residence of National Taichung Theater, Taiwan. With a Master’s degree from the Department of Drama and Theater at National Taiwan University, Lin’s works span across theatre, children’s play, and television. He has received awards including the Hong Kong Youth Literary Awards, Taipei Literature Award for Best Script, and the Script Award of Taipei Children’s Art Festival, while his publications include On Meicun Road as well as many children’s drama, poetry, short fiction, and children’s stories. As for stage shows, Lin has given birth to more than 20 staged productions including A Dog’s House, ARK 47, and children’s play Jane’s Magic Dragon Egg. The TV series The Teenage Psychic, in which Lin was a member of the screenwriter group, was shortlisted for Best Script for Mini-Series/TV Movie at the Golden Bell Awards. He/Him/His. 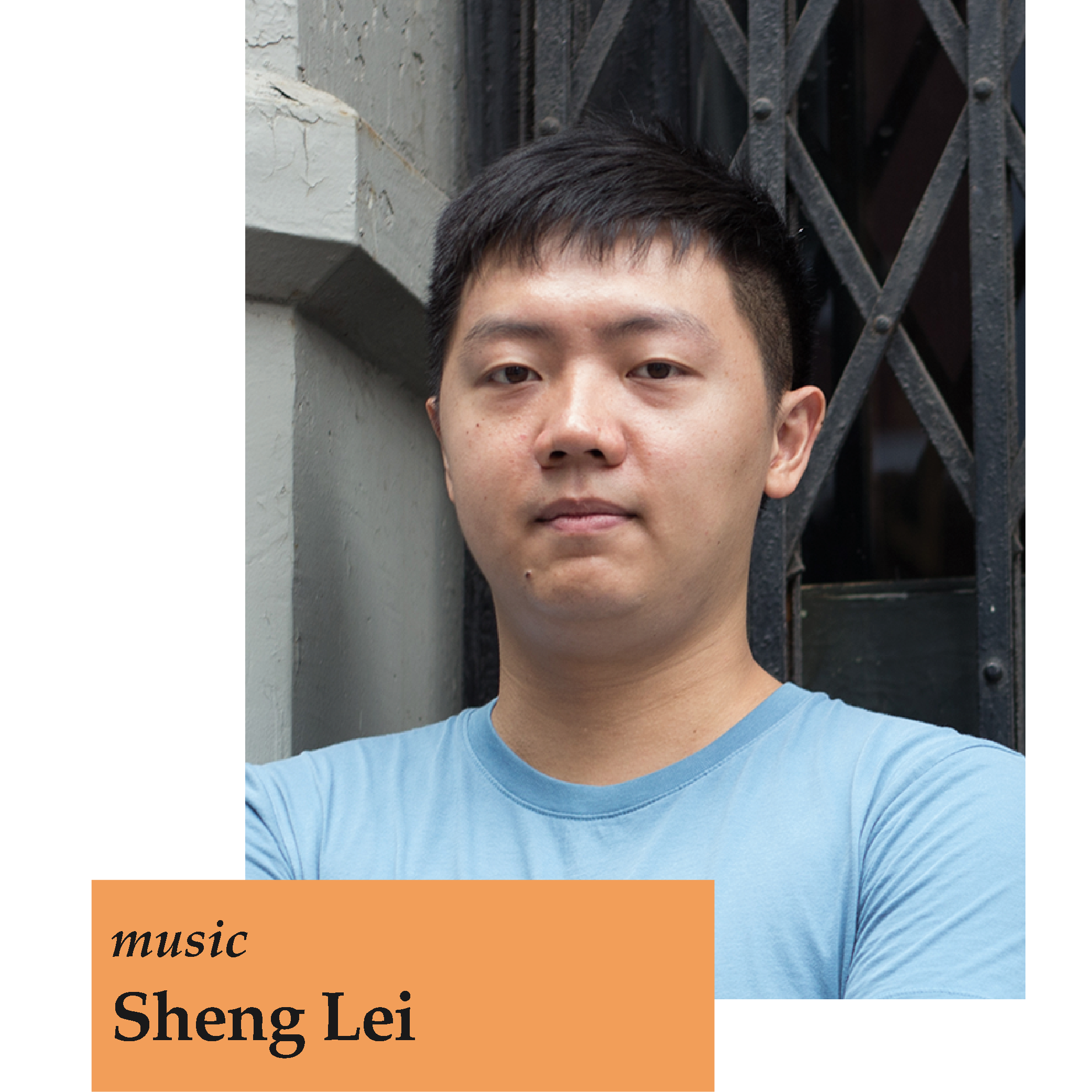 Sheng Lei (雷昇) is a New York City-based composer/musician born and raised in Taipei, Taiwan with an MFA in Musical Theatre Writing from NYU Tisch School of the Arts. He is currently writing and developing a historical musical, Tropical Angels, supported by the National Taichung Theater of Taiwan, which will premiere in summer 2022. He is always excited about collaborating with artists of all kinds of medium, including musical theatre, plays, and dance. He believes musical theatre is an ultimate form of storytelling that has no boundaries nor limitations - capable of expressing the inexpressible, making the unseen heard. He/Him/His. 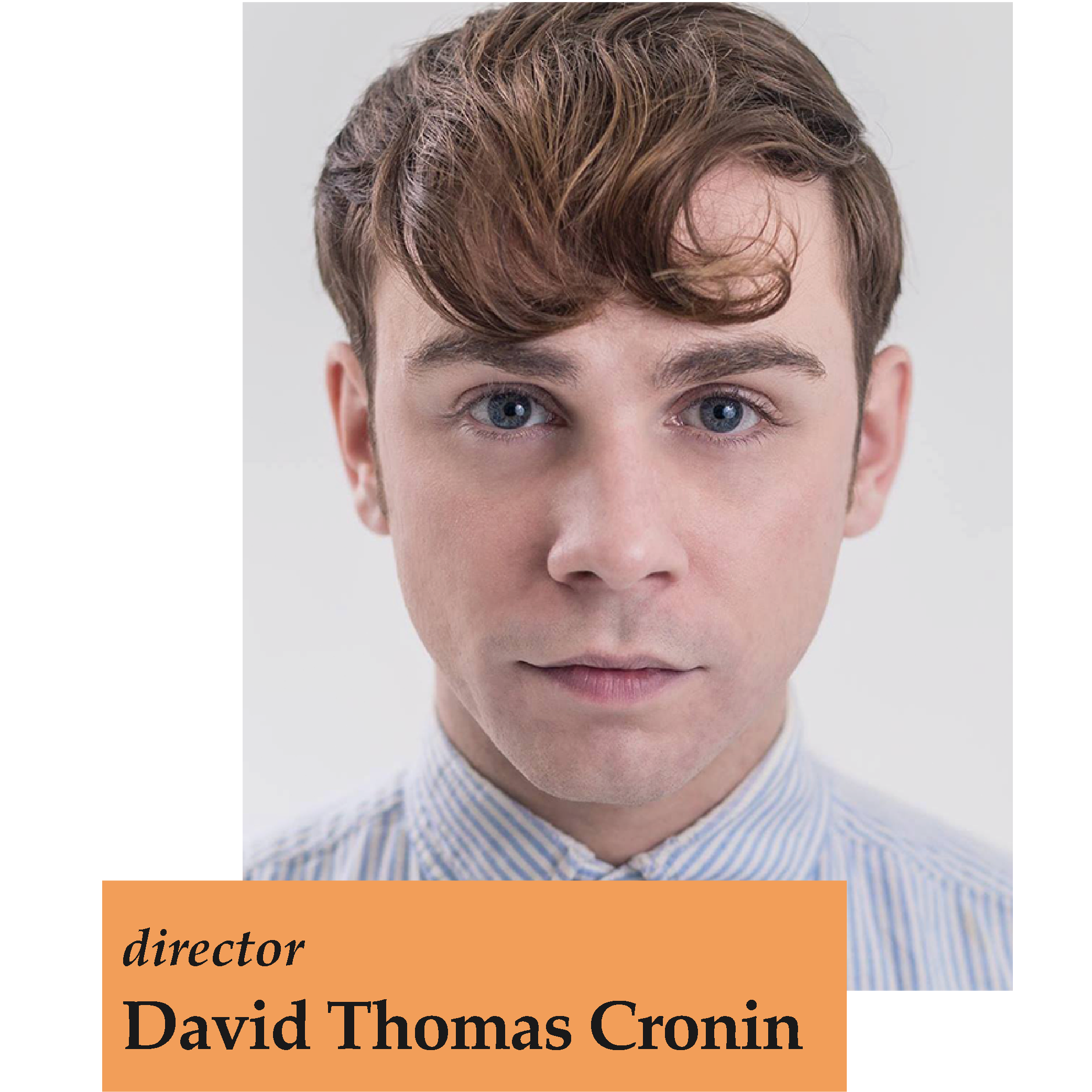 David Thomas Cronin is a New York City-based actor, director, and educator. Bachelors of Music in Voice Performance and Music Education from The Brooklyn College Conservatory of Music. David is currently an elementary school music teacher while facilitating his own private voice studio. Recently David directed an equity showcase production of Cabaret and music directed Spring Awakening. David is also a resident teaching artist at The White Plains Performing Arts Center, The Gallery Players, and The Walt Disney Theatrical Group “Disney on Broadway”. Humbled and eternally grateful to Sheng, Meng-Huan, and Sobina for this opportunity to tell this story. He/Him/His. @davidtcronin 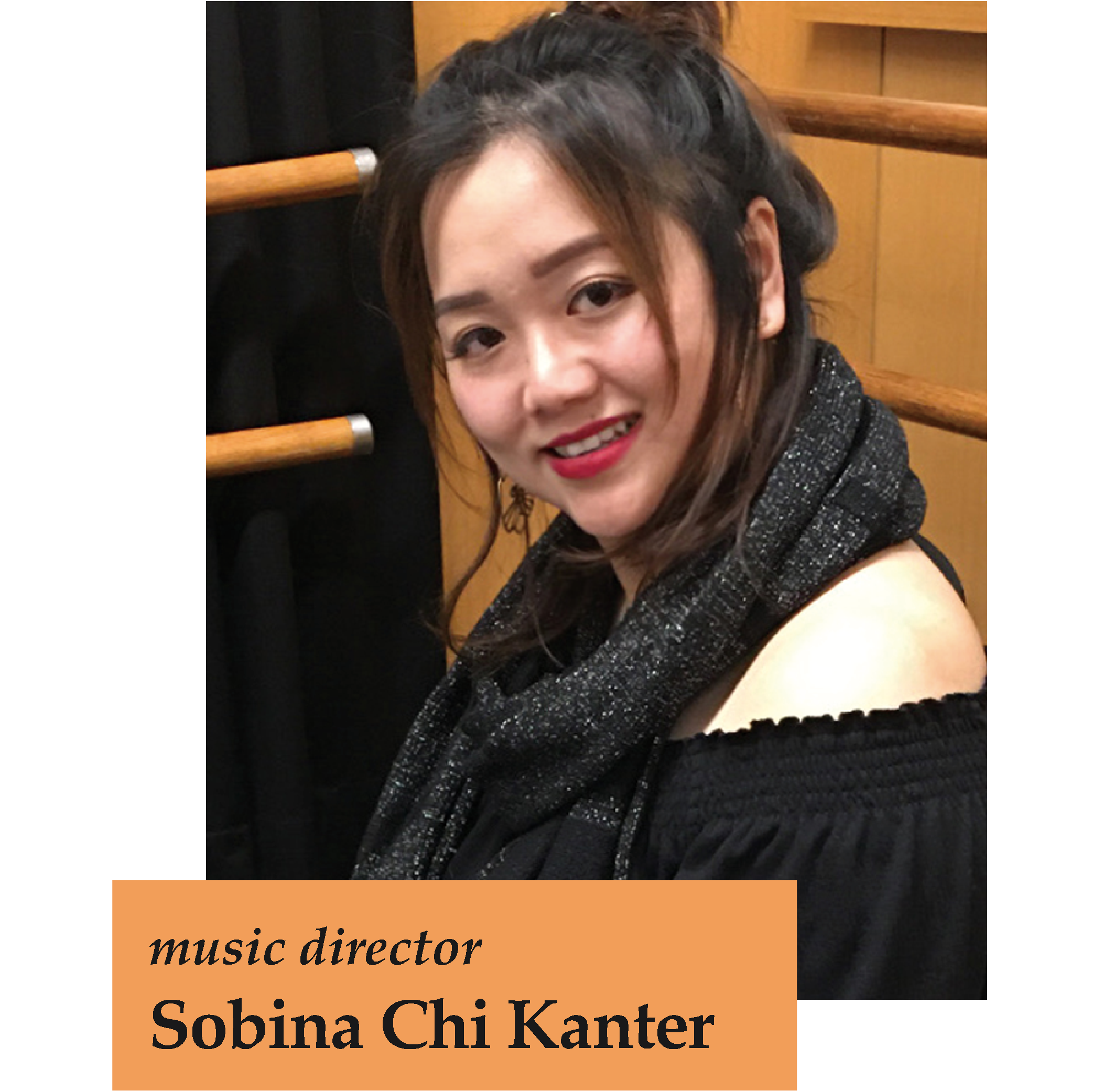 Sobina Chi Kanter (祁苡瑄) is a New York-based pianist, music director, and educator. This native of Taipei, Taiwan came to the States to further her performing career. She received her BA and MM in Jazz Performance from CUNY Brooklyn College. She hopes to continue to make an impact on the New York musical community and abroad. Music director credits include: The Gallery Players: Little Women (2019), Once Upon A Mattress (2019), A New Brain (2018), You’re a Goodman Charlie Brown (2017), Marry Me a Little (2017). Bishop Kearney High School: Wizard of Oz (2019), Godspell (2018). She/Her/Hers. 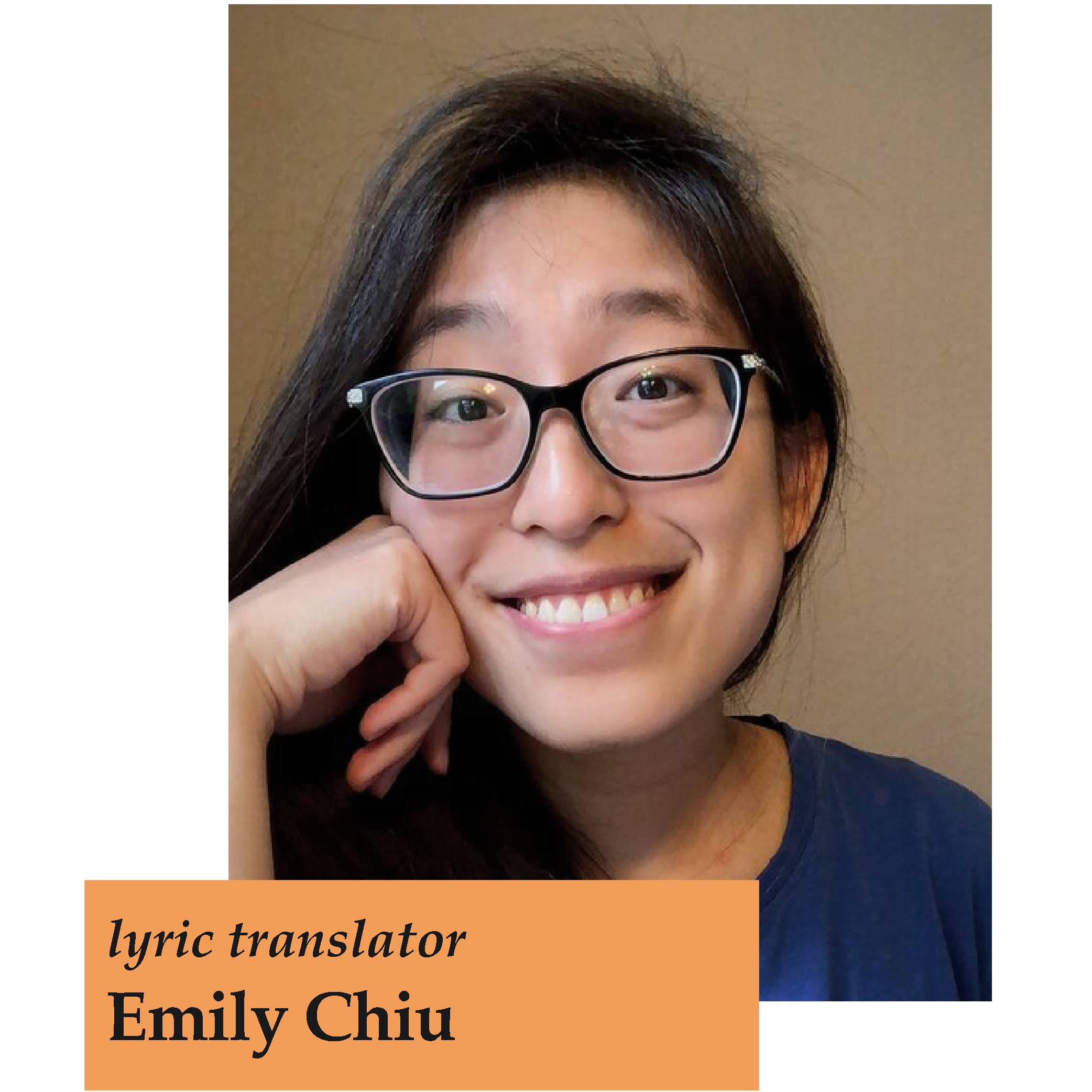 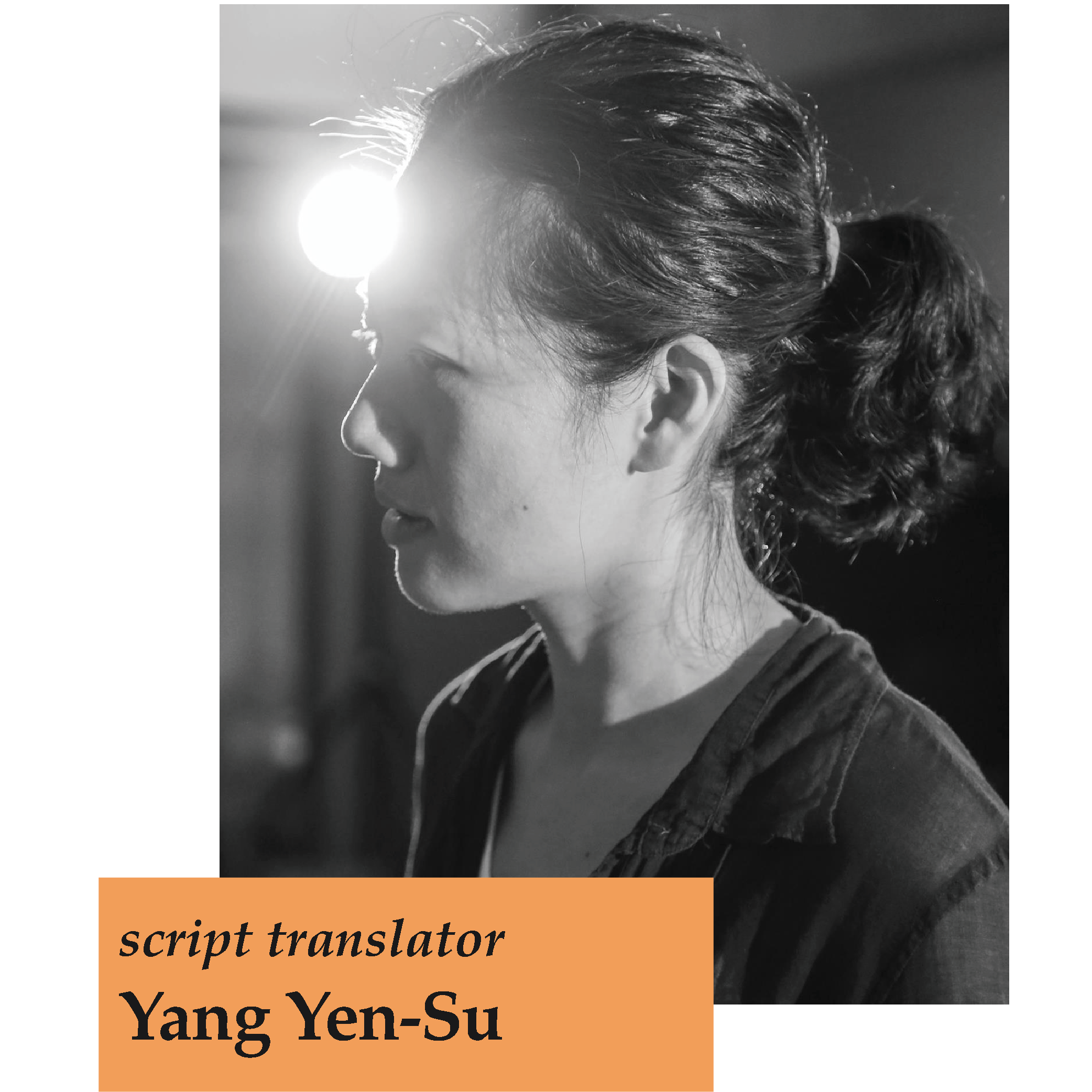 Yang Yen-Su (楊雁舒) is a Taipei-based educator, actress, and translator. She holds an M.F.A. in Acting and a Ph.D. in Theatre Theory. She has experience in translating theatre scripts and movie subtitles, including Private Fears in Public Places (script) and Antonia’s Line (movie). She also interprets for concerts and artist lectures in Taiwan. She is currently an Adjunct Assistant Professor in Taipei. She/Her/Hers. 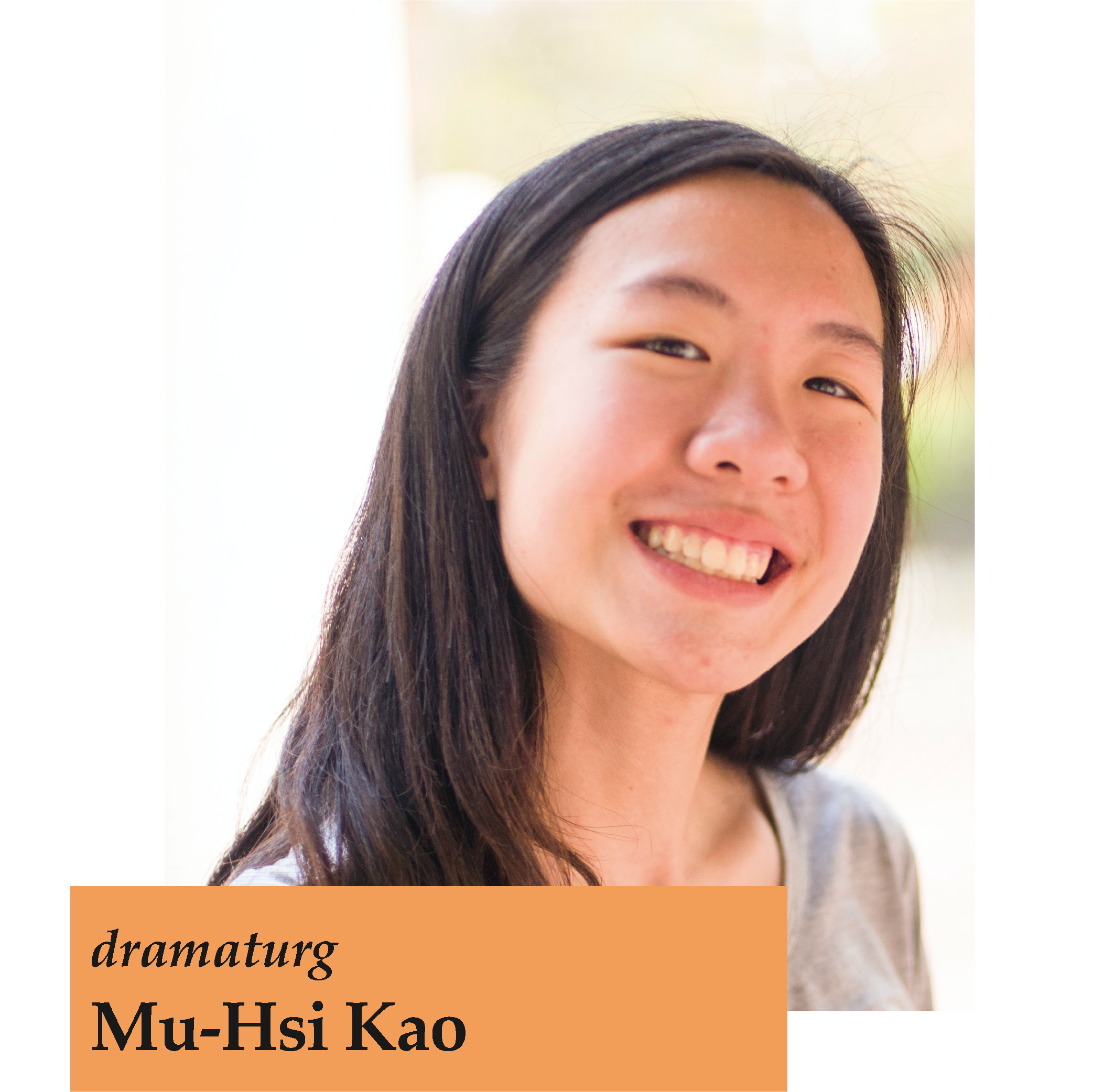 Mu-Hsi Kao (高慕曦) is an MA student in Theatre at CUNY Hunter College with backgrounds in English, sociology, and art history. She believes in storytelling for social impact. In addition to theatre-making, she develops educational board games, curates civic engagement and open-sourced community events, and writes for a Mandarin international news platform for youth media literacy. She is a writer, artist, producer, researcher, and a Taiwanese global citizen. She/Her/Hers. 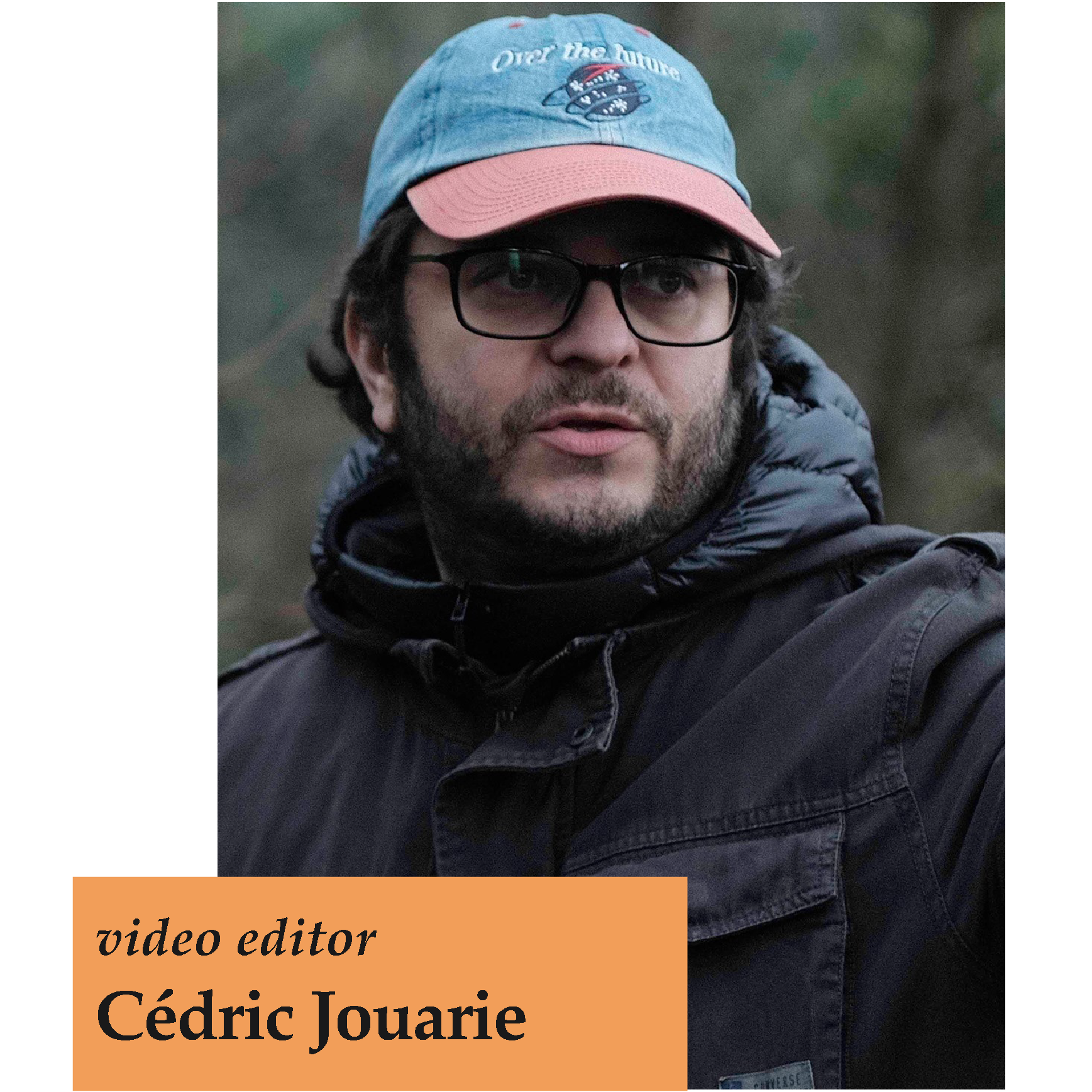 Cédric Jouarie is a French director based in Taiwan where he runs the production company Kamomé International with his wife, writer/producer Dan-Kee Chuang. Together, they’ve made a number of short films, art videos, and commercials. Jouarie has also written, produced, and directed (with Chuang producing) the multi-awarded revenge-thriller The very Last Day. 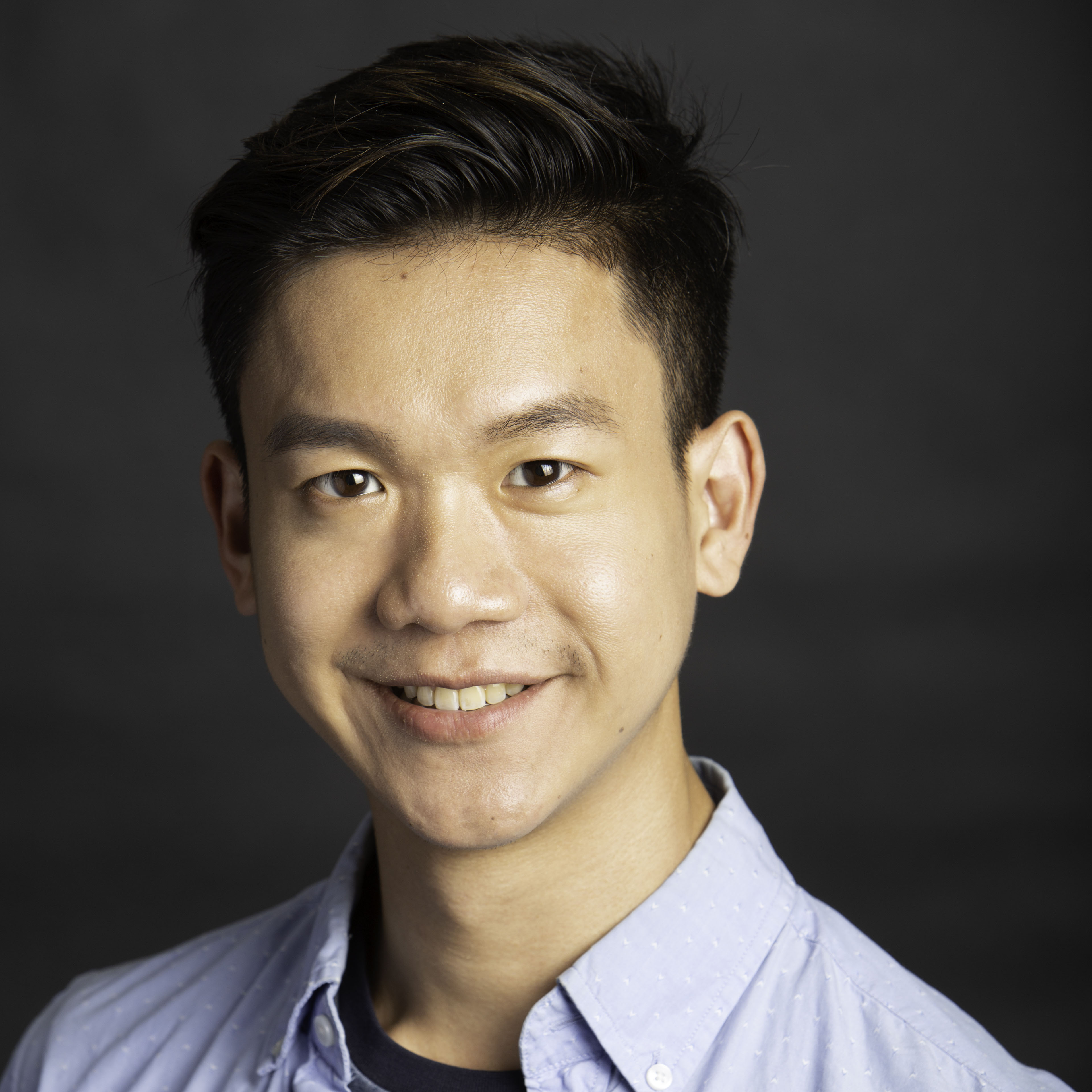 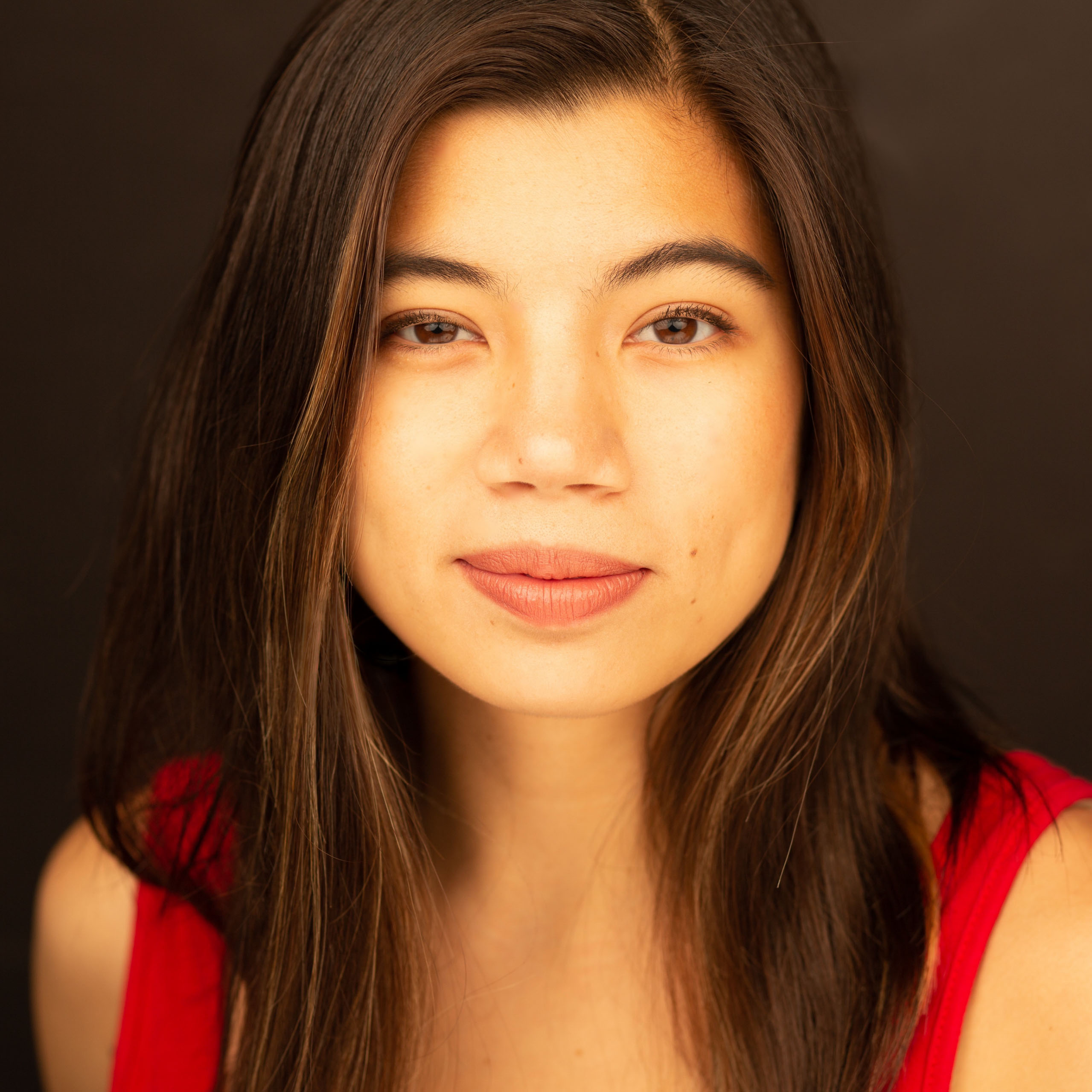 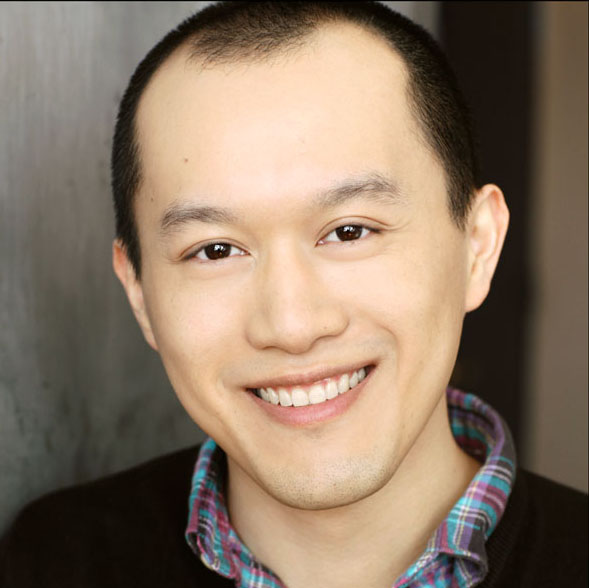 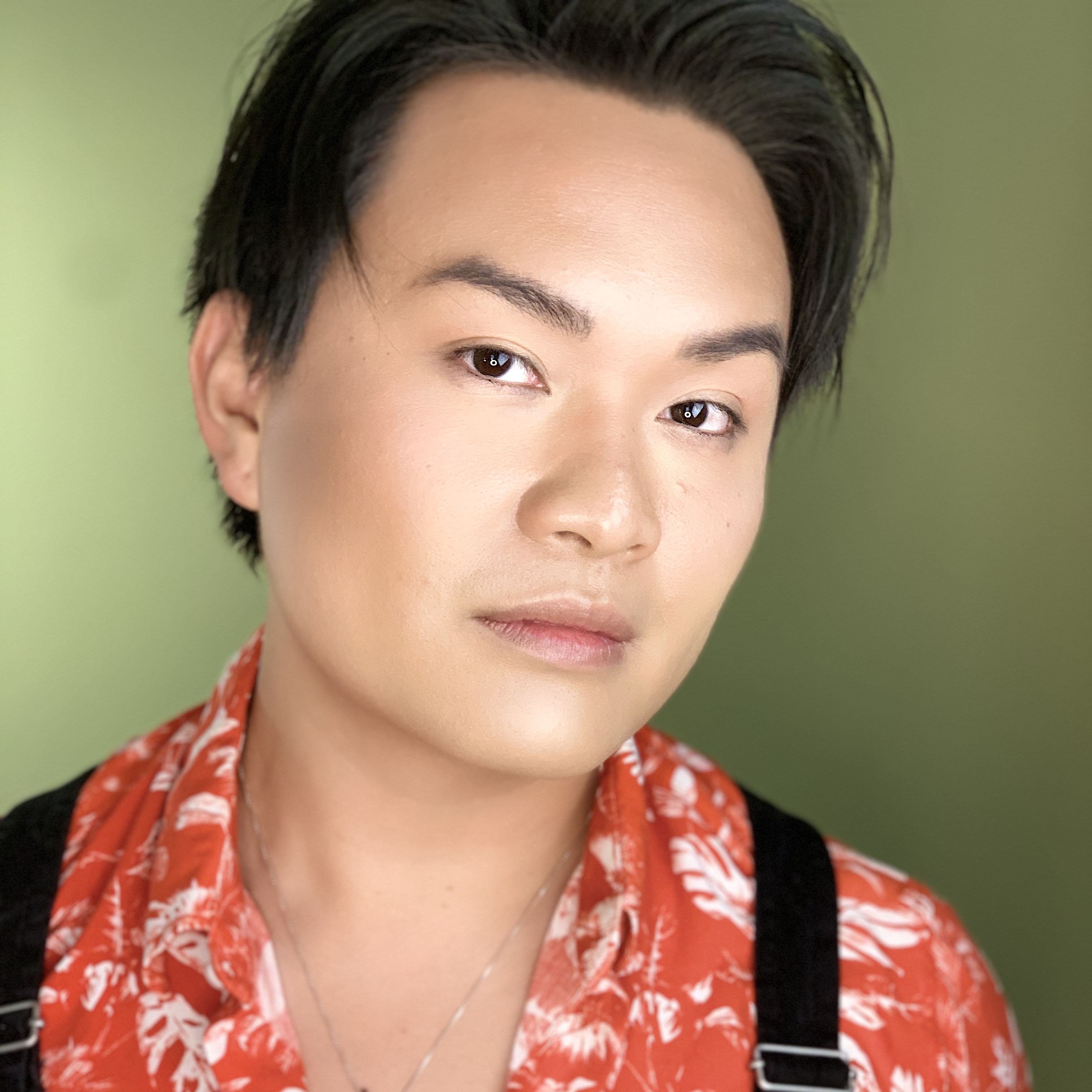 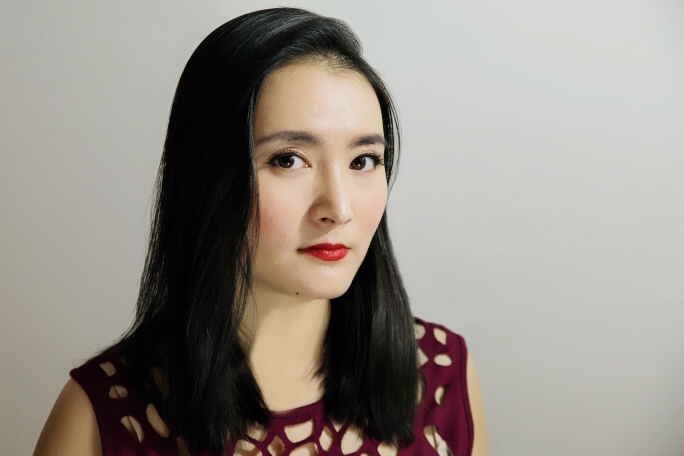 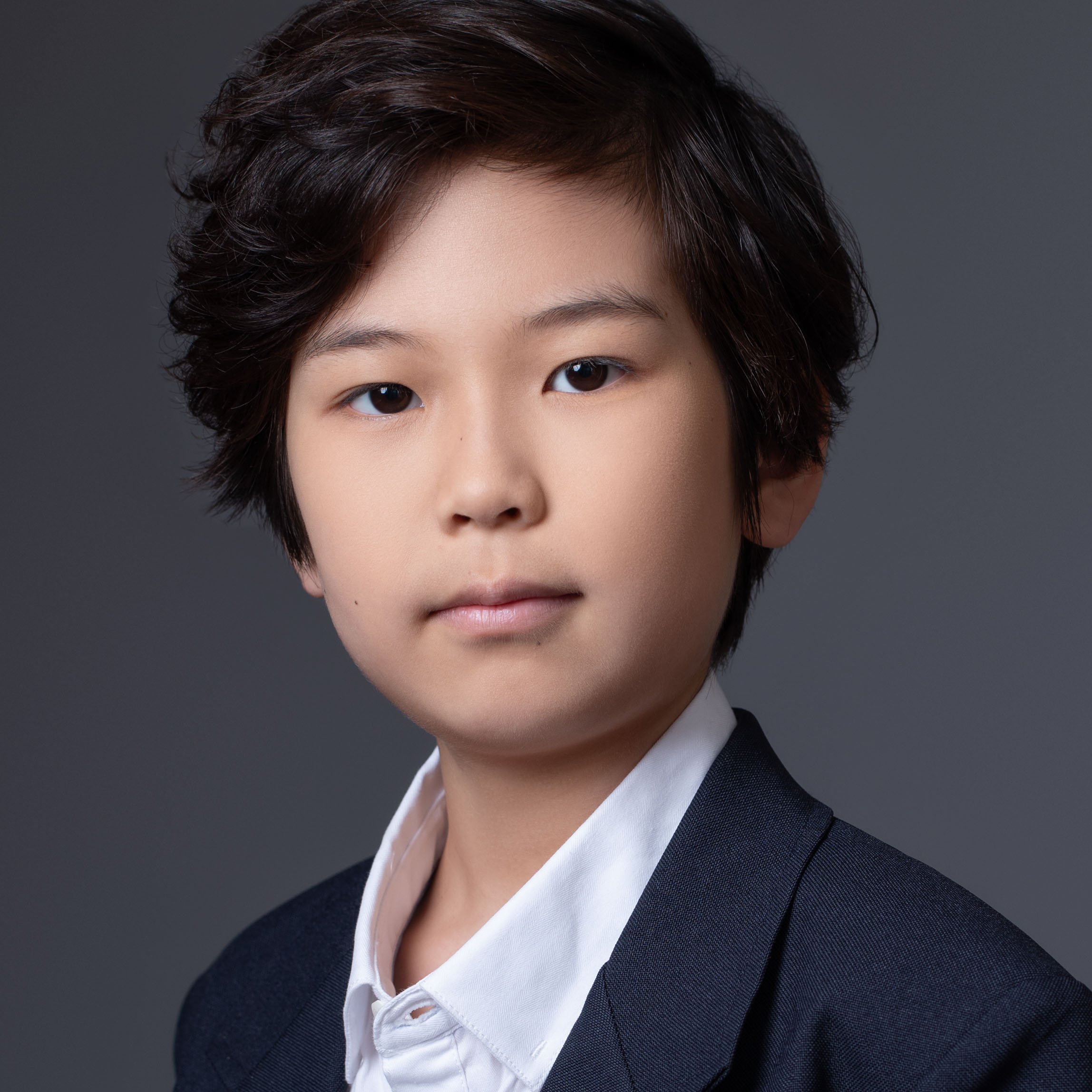 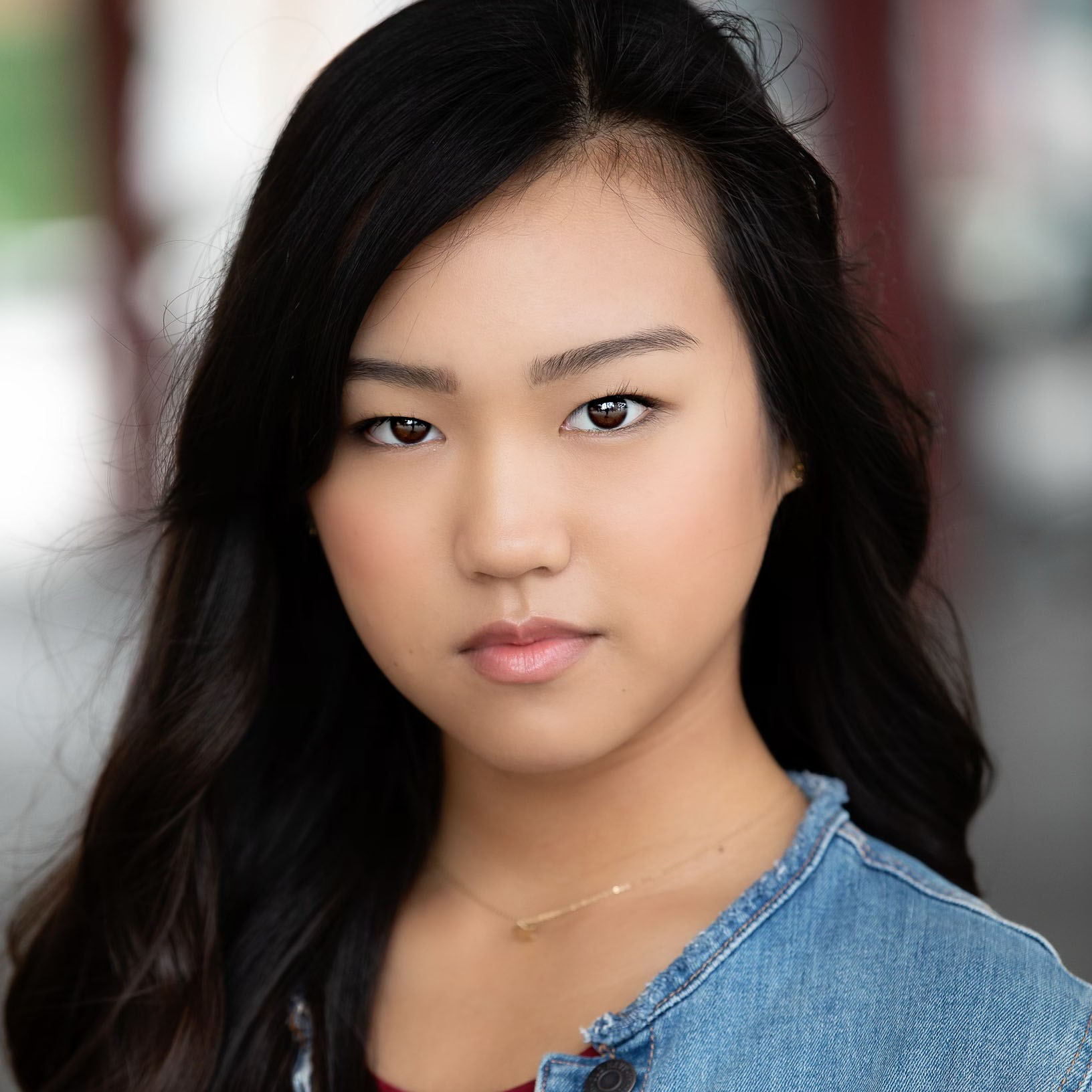 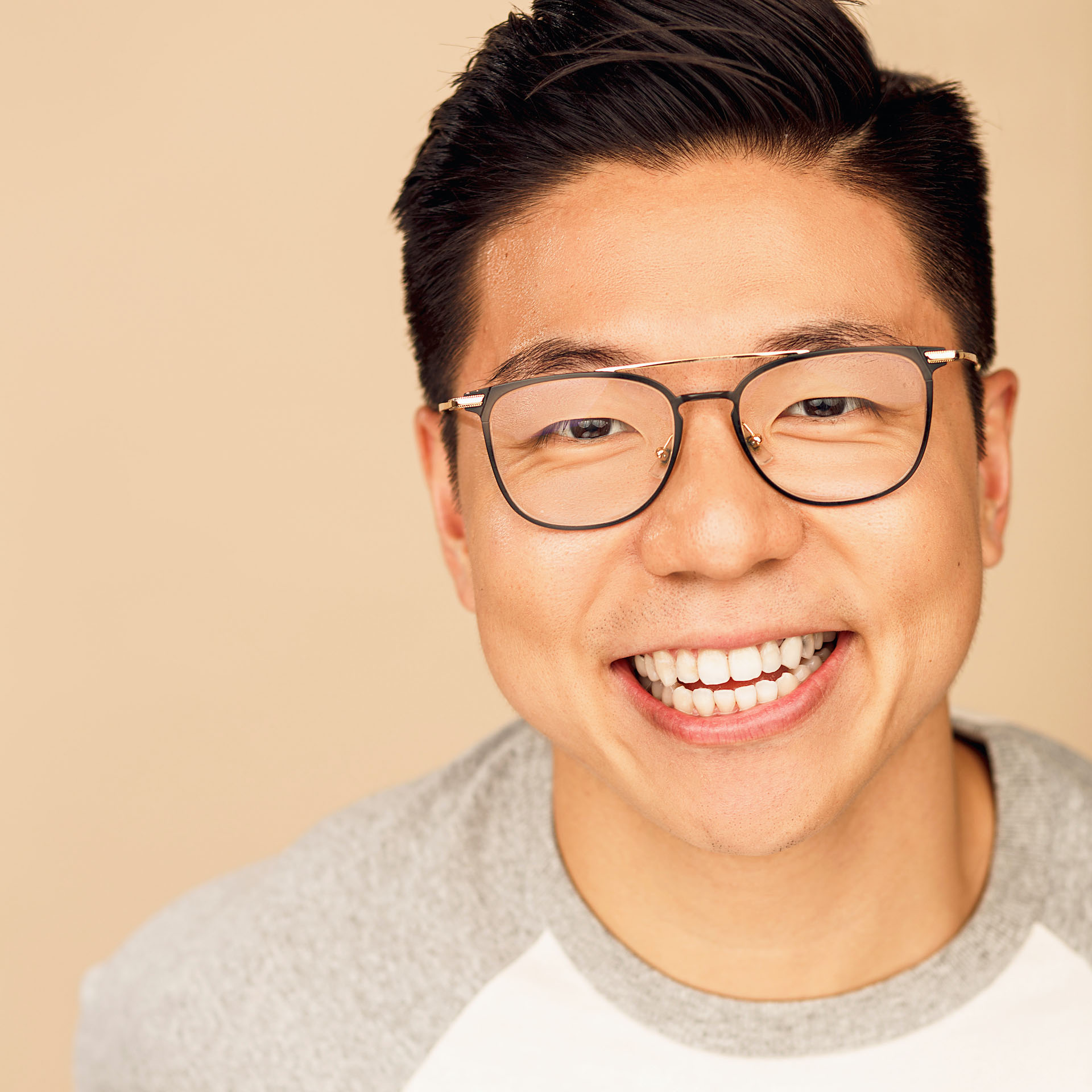 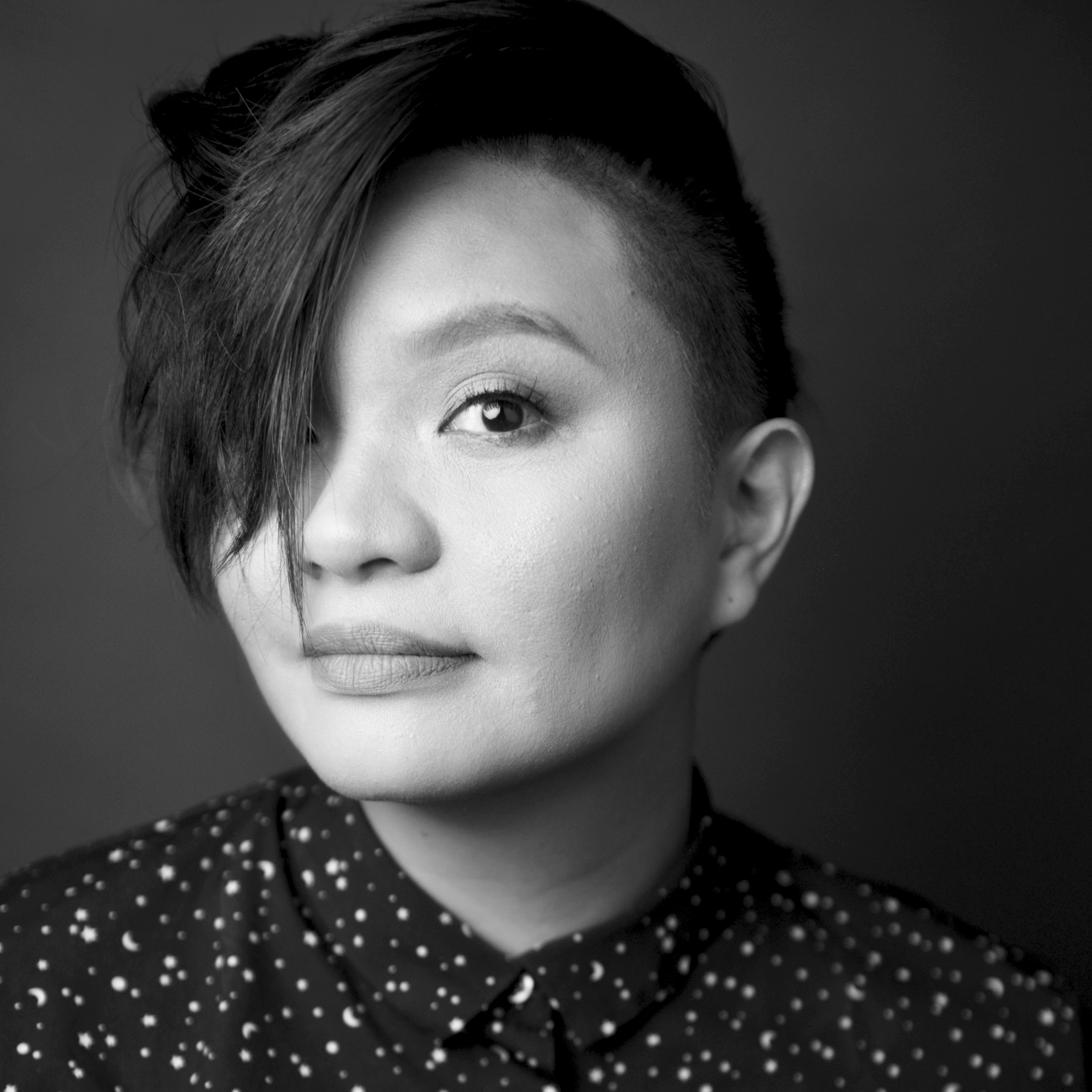 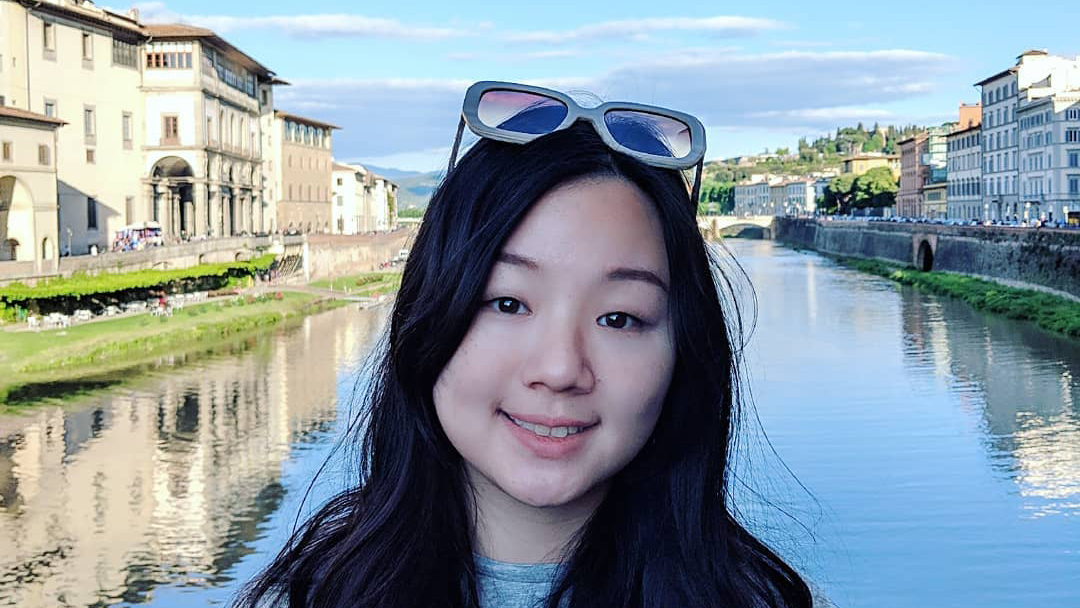 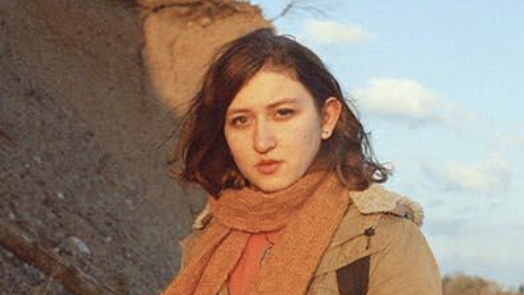 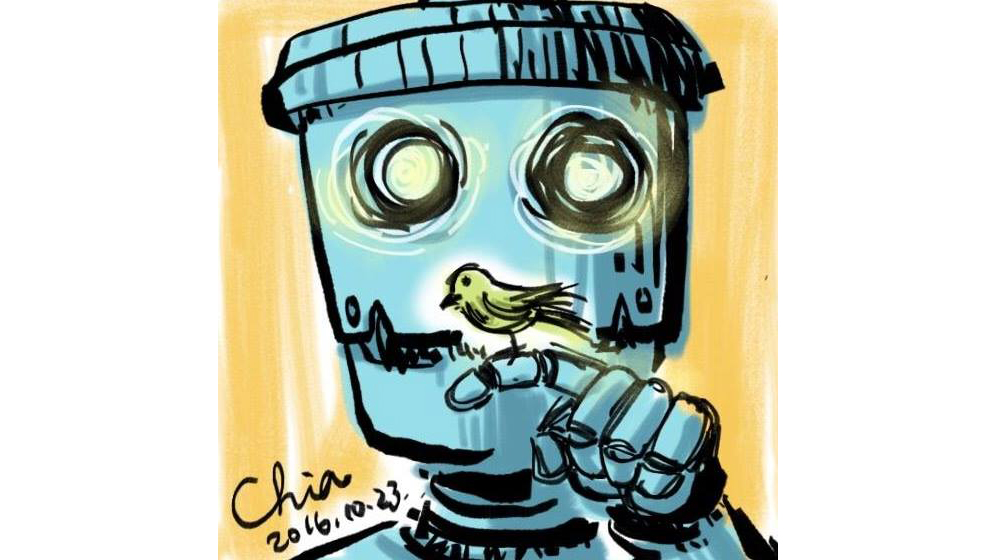 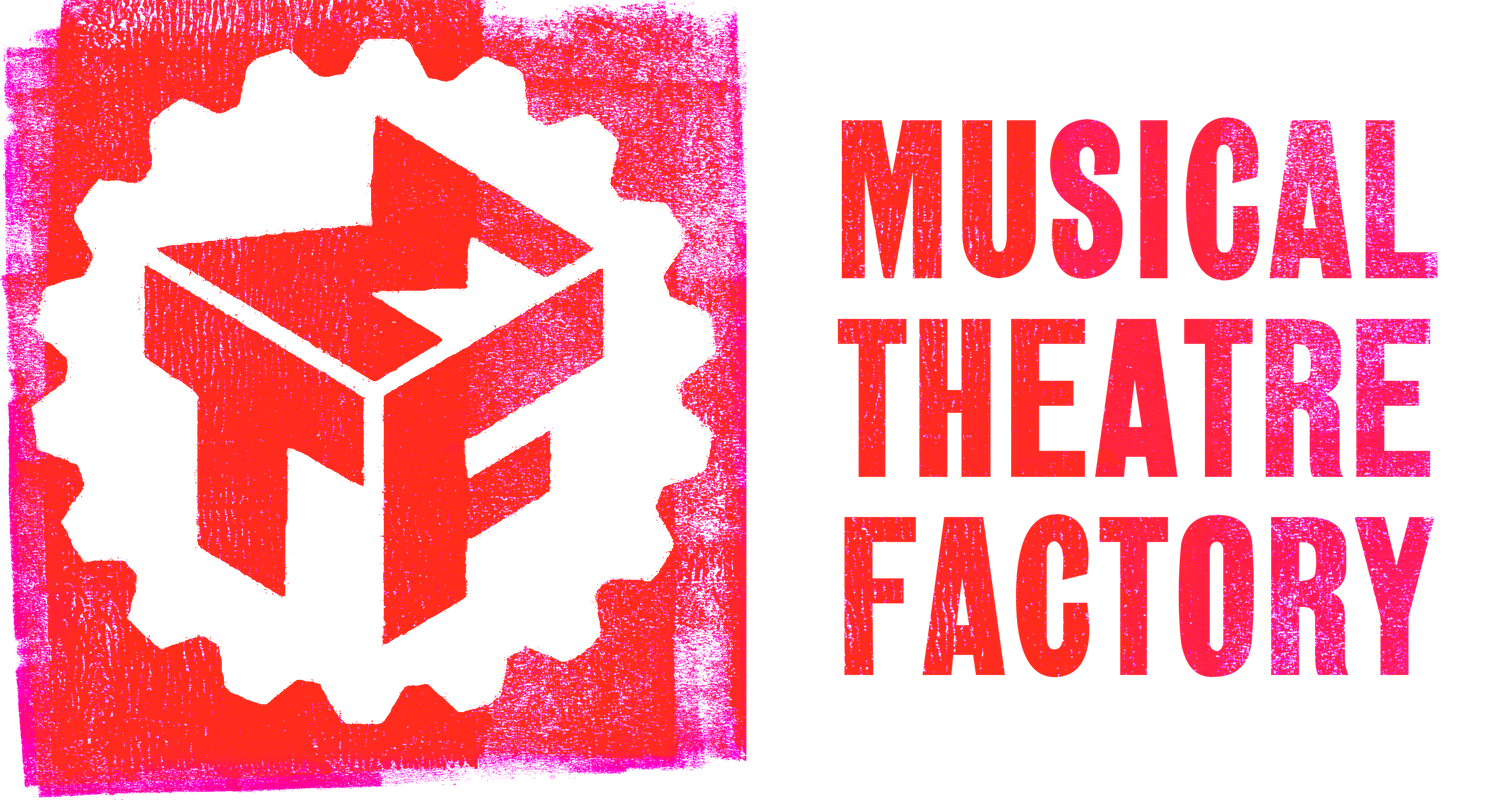 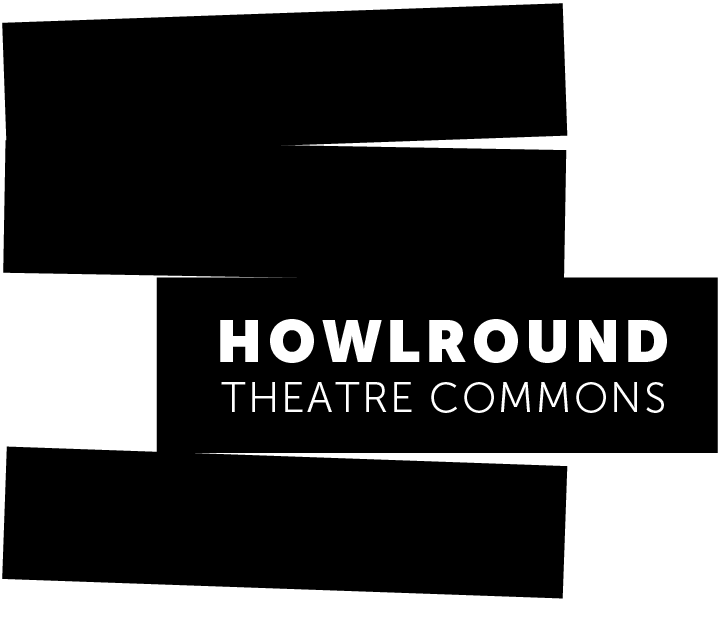